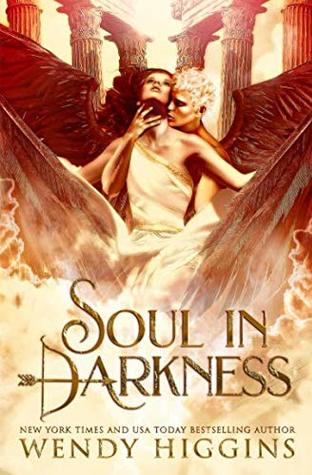 People travel from afar to the small isle in the Aegean Sea hoping for a single glimpse of Princess Psyche. Their adoration for the mortal woman is so all-consuming that citizens begin to shower her with the very gifts and offerings they once left at the alter of Venus, goddess of love and beauty.

But gods are known for their jealousy.

Cupid, the god of love, takes pleasure in causing strife and mischief in the lives of humans. He uses love as a weapon, humouring in the weakness of people at the whims of their feelings. When his mother Venus approaches him about punishing the human girl who dares to steal her offerings and affections from the people, Cupid gladly accepts.

Psyche’s punishment is to be given to a mysterious creature who only comes to her in the dark of night under the pact that she will never lay eyes on him. She is terrified of this stranger, who the oracle described as a serpent. Her mate, however, is masterful in his dealings with his bride. He takes his time, morphing her fears into different sensations completely.

Based on the Roman/Greek mythology of Cupid and Psyche by Lucius Apuleius, New York Times bestseller Wendy Higgins brings the tale to life, weaving layers that show exactly how a sacrificial lamb can be enchanted by an unseen monster.

My expectations were set so high for this book. I already knew the story of Cupid and Psyche from when I was younger and I was looking forward to this new adaptation.

Sadly, I was left disappointed. I don’t know if it was just me with these views as I’ve seen that so many other people have really enjoyed the book. Regardless, I will happily be an outcast in this instance because this book was just awful!!

I got bored really easily and I found my mind drifting quite a few times.

The way the characters were portrayed irritated me too. Psyche really started to get on my nerves in the book. When reading the myth previously I just never pictured her like this. I know that Psyche is supposed to be lonely, that’s a pretty big feature of the original story but the whining about it constantly grew old really fast.

Additionally, I wasn’t on board with her attitude towards sex either. If you are not into it…don’t do it! It’s really quite simple. Maybe if Higgins had embedded a few 21st Century views it would have worked. Creating a character who is doing things that they want to do rather than making it out like they are forced and don’t have a choice. I’m pretty sure in the original story Psyche and Eros shared a passionate relationship at night where she was happy.

I will be honest. After the first few chapters I started skimming through the book. Hoping that it would get a little better. It did not. And due to this it became one of the first books this year that I wish I’d DNF’d. Thankfully. I’m a fast reader and I did not waste too much of my time on it.

This was a big no no for me and I’m so sad about it as I do love my retelling.

I feel like the most grumpiest person after writing this review. I don’t think I’m quite over how frustrated this book left me.  So, I’m going to cheer myself up with a Chinese take away and wine.