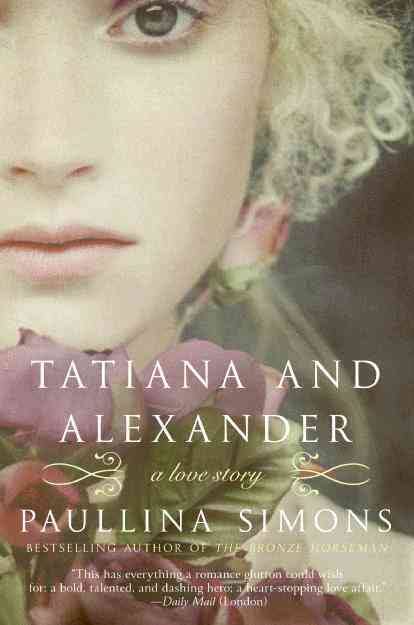 Tatiana is eighteen years old, pregnant, and widowed when she escapes war-torn Leningrad to find a new life in America. But the ghosts of her past do not rest easily. She becomes consumed by the belief that her husband, Red Army officer Alexander Belov, is still alive and needs her desperately.

Meanwhile, oceans and continents away in the Soviet Union, Alexander barely escapes execution, and is forced to lead a battalion of soldiers considered expendable by the Soviet high command. Yet Alexander is determined to take his men through the ruins of Europe in one last desperate bid to escape Stalin’s death machine and somehow find his way to Tatiana once again.

After I finished reading the first book in this trilogy I don’t think I could have gone without reading the second instalment straight away. I mean with an ending like that how could anyone want to have a break between the two books?

Now, don’t get me wrong I really enjoyed this book but I don’t think I enjoyed it as much as The Bronze Horseman. Something was lacking and I can’t quite put my finger on what it was exactly. I did feel like there was a little section at in the middle of the book that dragged out for a long while and I felt my mind drifting every so often. This was the same for the flashback elements from when Alexander was growing up. I just wanted to focus on the present. I feel like this book is a very slow burner and I mean VERY slow.

Regardless of the parts that I didn’t quite like, there were still things I loved, especially the intense relationship and fierce love between Tatiana and Alexander.

Moreover, I was so happy to see that there was a lot of character development in the book. In particular with Tatiana. I am so happy that Simons helped character mature.

Tatiana and Alexander is just as emotional as The Bronze Horseman. There are times when you’re on such a high because things look like they are going to get better and then suddenly things start to go all wrong again and you’re at rock bottom. When you read Paullina Simons’ writing you cannot help but be invested in the characters and their journey.

I can’t finish this review without mentioning the imagery throughout this book. It is just as enticing as you’d expect after reading The Bronze Horseman. You feel like you are in the middle of their story right along with them. You get all the feels. When they hurt you hurt. When they are sad you are sad. Paullina’s writing style is just extremely beautiful and not many authors can do what she does so successfully.

This book is a heartbreaking tale full of hope and love and it is worth every second of your time.

I genuinely can’t see where Tatiana and Alexander’s story is going to go in the third instalment (The Summer Garden) but I am eager to give it a go and my fingers are crossed that it is just as addictive.